Installation made of stones, piano wires and a water basin.

In my search to find an isolated environment to live and work, I ended up in South-Corsica. For more than thirty years, I had a studio inside an old barn in the beautiful Ortolo Valley.

During my stays, I collected egg-shaped stones in the Corsican River Ortolo. I wanted these stones to float on the river and create a sense of magic just by relocating them. These stone compositions turned into several installations, which I then photographed. This led me to the aspiration to let the stones fly. I hung them on very fine strings inside my studio. As every stone had a different weight, every string made a different sound. This way, my studio became a gigantic musical instrument.

In 1996, this installation was re-installed in the Brigittines Chapel of Brussels. I built a massive water basin and hung the stones above it. Because of the specific lighting, moving shadows from the waves and stones appeared on the walls. The chapel became a restful universe, a serene and contemplative environment.

Contemporary musicians such as Michael Weilacher and Arne Deforce gave several concerts, playing on this installation. 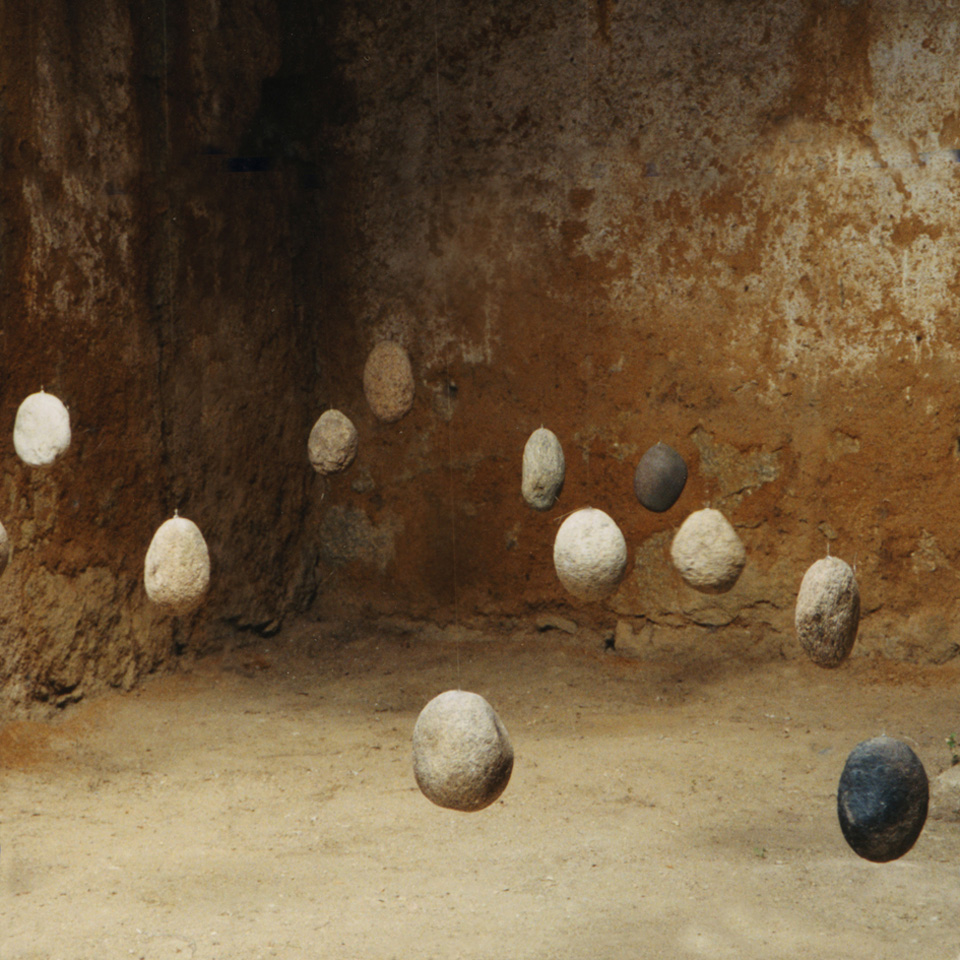 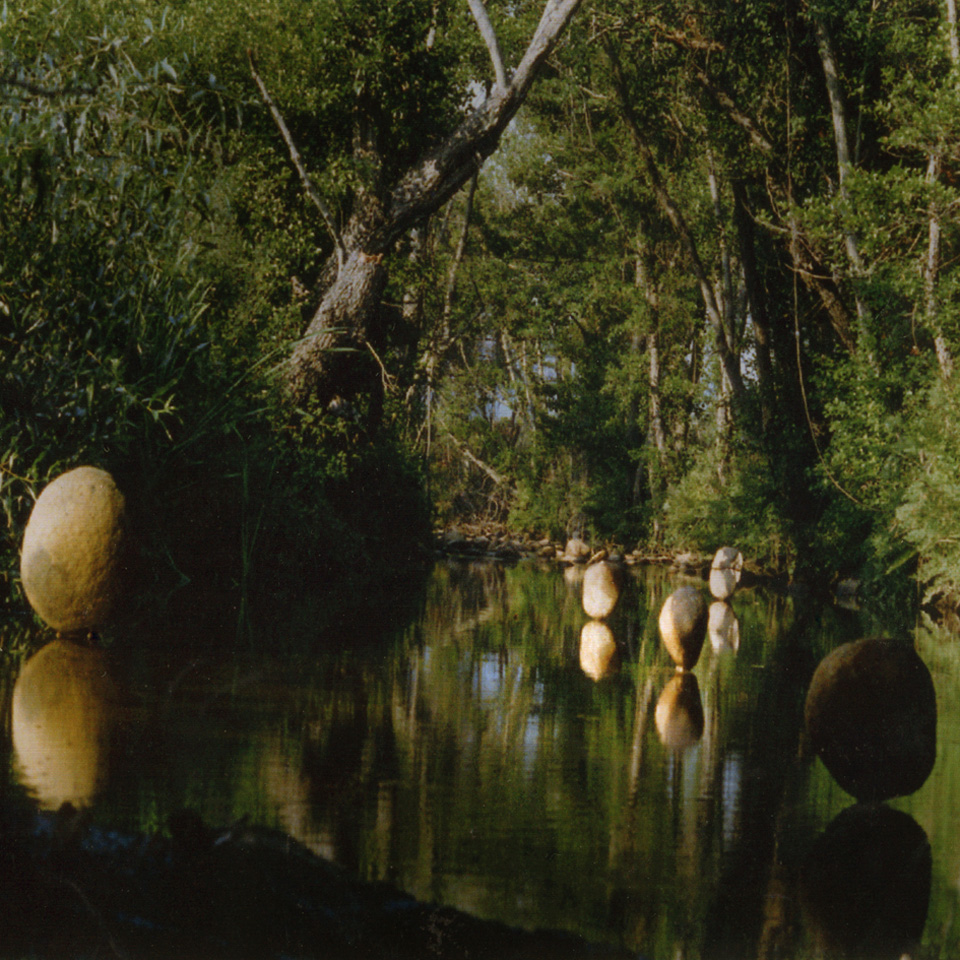 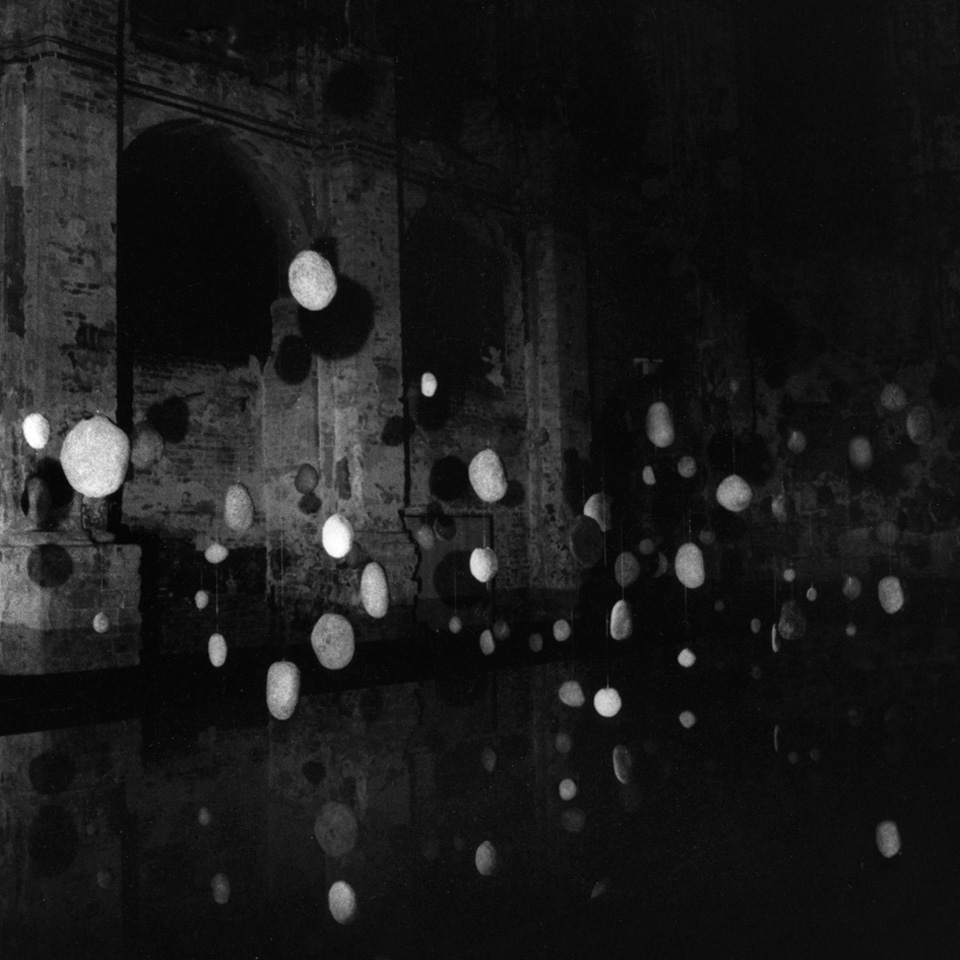 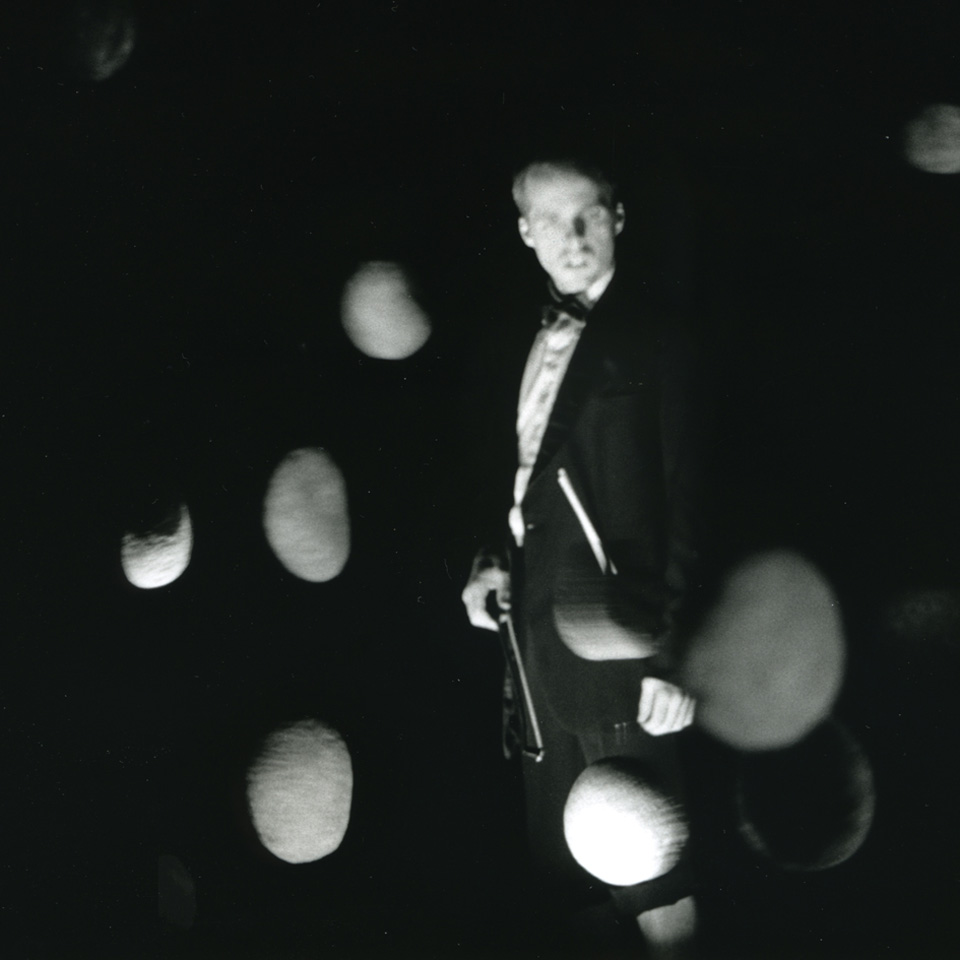 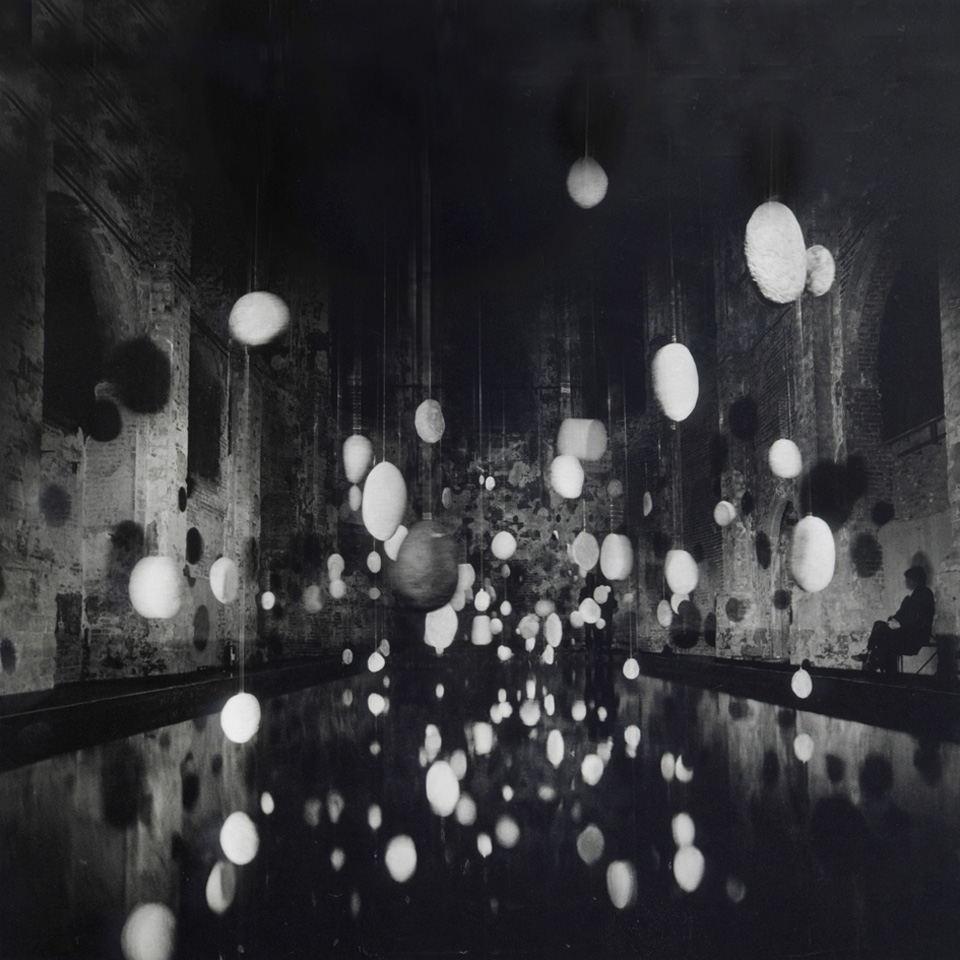